The Sustainable Grazing Management in Riparian and Wetland Pasture 3 Day Course took place on May 10-12, 2017 in the Owen Building large conference room at the Coos County Annex. The first two days of the course consisted of a half-day of classroom activities, primarily lecture, presentations, and discussion; and a half-day in the field completing one of two group exercises.

The location for the field portion of the first day of class was Windsong Ranch, owned by Pat Jones, who is also the Soil Conservationist for the Natural Resources Conservation Service in Coquille. Windsong Ranch is located on the South Fork Coquille River, which is known for its geomorphological and hydrological issues due to past gravel mining practices and other factors, including grazing. Participants were able to assess portions of the river bank that were actively eroding, and formed groups to assess the cause of the erosion and discuss possible preventative measures. Participants were also able to assess portion of river bank that appear to be stabilizing naturally, and to observe Pat's high-intensity riparian grazing management system in action. While on site participants also looked at forage species and discussed their various nutritional value and palatability; as well as weed management and control methods that Pat was using for undesirable toxic or invasive species.

The second day of class included a visit to the Pierce Ranch, where participants listened to the landowner (Dan Pierce) talk about the goals he has for his property, current management techniques, and challenges that he faces. Afterwards, participants again formed groups and walked segments of Offield Creek to assess riparian condition, discuss possible issues, and propose management alternatives and monitoring needs. Groups also discussed some of the issues relating to the failed tide gate and culvert, which have resulted in significant changes to the plant community and management in the lower pastures. Groups then worked together back in the classroom on day 3 to develop their recommendations into brief presentations on which were given at the end of class.

Objective 1. By improving the understanding of tools, concepts, thought processes, and principles of sustainable wetland and riparian grazing, natural resources professionals will be better able to work with other individuals, groups, and agencies to develop, teach, and implement successful grazing management strategies.

Objective 2. To develop two demonstrational areas on actual livestock operations: one which models on-the-ground best management practices for both livestock and wildlife use of riparian areas; and one which provides plenty of material for discussion and management planning exercises.

Objective 3. To instill a foundational understanding of the ecological services which healthy riparian zones and wetland areas provide, and best management practices necessary to sustainably use these areas for livestock grazing.

Objective 4. To provide a hands-on learning experience in which participants of the course will be given an actual livestock operation situation, and using a collaborative adaptive management approach, design grazing management alternatives to achieve riparian objectives.

Objective 5. To create a forum in which natural resources professionals; state and federal agency personnel; and local agricultural producers can explore the various influencing factors surrounding sustainability of grazing in sensitive riparian and wetland areas.

The sustainability of livestock operations along the Oregon coast and in the Pacific Northwest in general is closely tied to the sustainability of riparian and wetland areas. This is certainly true here in the Coquille Watershed, which will be the site of our proposed training. The Coquille is an alluvial river, which means that the channel is self-formed, shaped by the magnitude and frequency of floods. The bed and banks  are made up of mobile sediment and soil which is continually eroded, transported, and deposited. Historically, much of the lower reaches of the river were diked, tide gates installed, wetlands filled, and estuaries drained to allow for agricultural operations to make use of the fertile soils along the river valley. The rise and fall of the water level and heavy flooding in winter continued to prevent many types of agriculture, but the high-value forage that grows in the valley lowlands makes this area ideal for seasonal grazing. The lower river area also continues to be a very important rearing environment for anadromous fish such as shad and juvenile Chinook and Coho salmon.

Recently, several notably large restoration efforts designed to restore and enhance fish habitat along the lower river have given rise to a heated political climate in our watershed. Additionally, the historic infrastructure of dikes and tide gates which once enabled the lower river valley to be farmed has begun, due to the natural effects of time and weather, to fail. The result is the reestablishment of marsh and wetland habitat in what has, often for the entirety of that landowner’s lifetime, been known as prime pasture. State and federal regulations prevent landowners from simply going out and repairing their dikes or replacing tide gates as their fathers and grandfathers once would have done. Now a permit must be obtained, and the process can be long, complicated, and sometimes expensive.

In the Coquille Watershed, if you were to take a drive along the lower river today you would encounter numerous signs that proclaim slogans such as “Save Family Farms; Say NO to Wetlands!” or “NO Marsh Expansion: Ranchers feed families, provide wildlife habitat, and preserve open space.” These signs are indicative of the current divide in political views surrounding the issues of natural resources conservation efforts, and local agriculture. Many local producers fear that the future of agriculture along the Coquille River is in grave danger due to increasing regulations designed to protect wetland areas. There is a general prevalence of false information, misunderstanding, fear, and mistrust of state and federal agencies in the Coquille watershed. This course could be highly beneficial to our area by helping to expel some of that misinformation and promote a more balanced understanding of the goals of natural resources professionals, state and federal agency personnel, and the needs and challenges of local agricultural producers.

To improve the understanding of tools, concepts, thought processes, and principles of sustainable wetland and riparian grazing, and enable natural resources professionals to better work with other individuals, groups, and agencies to develop, teach, and implement successful grazing management strategies. 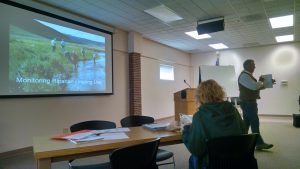 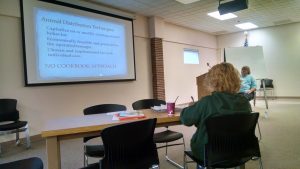 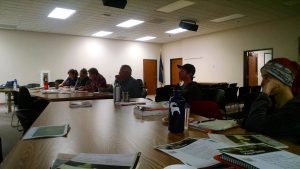 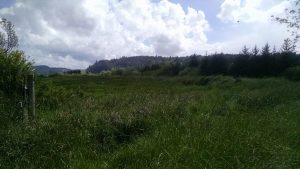 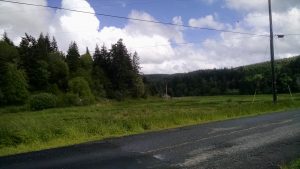 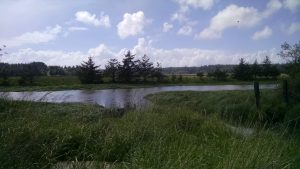 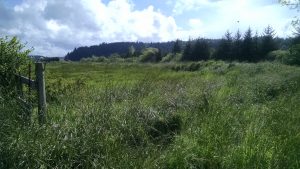 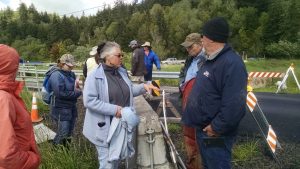 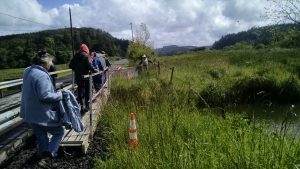 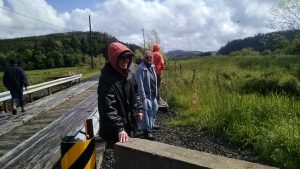 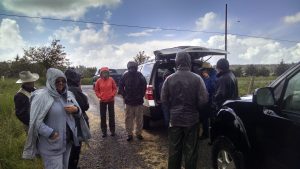 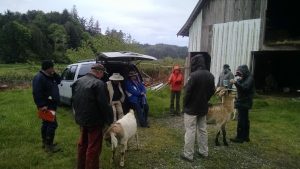 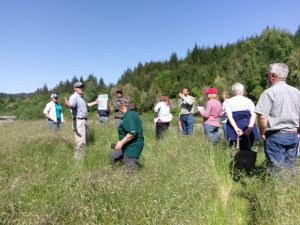 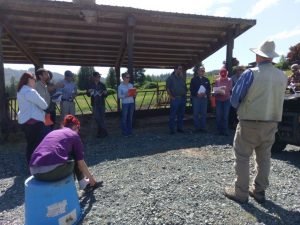 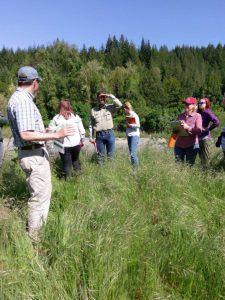 What did you learn about this workshop that will be useful to you?

What actions do you intend to take as a result of what you learned?

What steps will you take to know whether you are meeting your goals?

Did this course meet your expectations? Please explain:

The intended outcome for the participants of this course was for them to leave with a greater understanding of the various influencing factors surrounding sustainability of grazing in sensitive riparian and wetland areas. Natural resources professionals, upon completion of this training, should also have a more thoroughly developed ability to teach and implementing successful grazing management strategies.

For the agricultural landowners, we hope that by utilizing the methods and techniques covered in this course they are able to improve the quality and sustainability of their operations and become better stewards of the land. All participants will be left with a clear understanding of the ecological services which healthy riparian zones and wetland habitat provides, and best management practices to sustainably use these areas for livestock grazing.

How would you rate each of the following?

The following responses were recorded from participants' workshop evaluation forms:

What recommendations do you have for the improvement of this course?

Would you recommend this course to others? Please explain.