In early August 2012, I tilled field 8 with a tractor and a 60" 3-point tiller.  Field 8 had never had a micronutrient, mineral and trace element supplement applied to it before.  It was last cropped in 2005.  It was so dry I made a dust storm.  Twelve 3-foot wide beds were tilled, each 50 feet long.  Fertilizer was applied evenly to all beds per soil test results using a drop spreader for even application.  Two drop spreaders were purchased: one for fine grained fertilizer and the other with every other tooth removed for a fine compost application.  Then a coin was used to randomly select which half of each bed was to receive the supplement and which was not to receive the supplement.  The coin toss was truly random since 12 half beds to receive the supplement were treated at a rate of 10 Lb. per 100 square ft. per bag instructions.  The potato beds 1-6 were raised with a bed shaper with irrigation tape plowed 3" deep into them and white plastic mulch applied.  Then seed potatoes were planted into beds 1-6 and lettuce was planted into beds 7-12.  An electric fence was constructed to keep the deer from eating the crops.

Lettuce samples were taken: From the 3-row wide beds, 1 leaf was taken from 4 different plants growing in the center row.  These plants were not near either end of the bed or the crosswise point halfway down the bed.  Sample leaves were rinsed with well water and then rinsed again in distilled water to remove any contaminants that might be on the leaf. Four leafs for each sample were then placed in a folded piece of paper from a brown paper bag and tape was applied to keep samples in place.  Samples were then loosely filed in a cardboard box for mailing or taking to the testing laboratory. 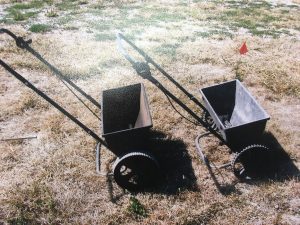 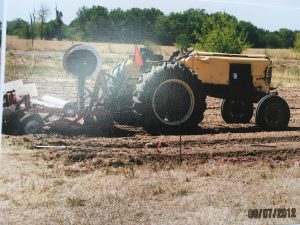 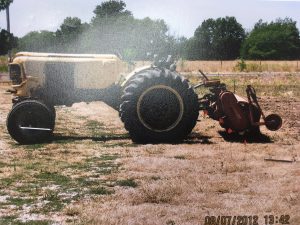 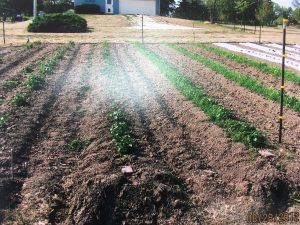 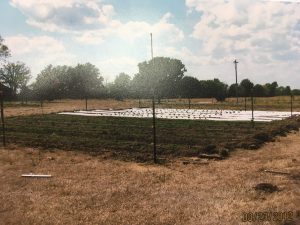 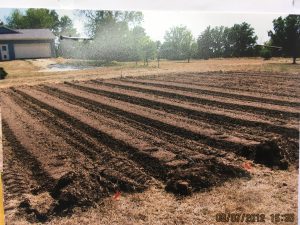 Observational results: My wife and I have personally witnessed that the lettuce grown with a mineral and trace element supplement stays fresh in salt for at least 13 days.  Mrs. Carolyn Todd, the past Columbia Farmers Market Director, says these lettuces have so much body that they are like eating "meat." A number of my Farmers Market customers also tell me that this lettuce has a much longer refrigerator life before spoiling compared to other lettuce.  One customer purchased this lettuce from me on December 1st, 2012, the first day of the winter indoor market at Parkade Plaza.  She did a lot of traveling in December and it didn't get used.  She came back to me January 5th, 2013, five weeks later, and said she still had the lettuce and it still looked good.

Potatoes:  Averaging the amount of each set of 6 replicated beds shows a higher concentration of the elements in lettuce grown in beds not treated with the mineral and trace element supplement 8 out 12 cases.

What I have learned:

I plan to take steps to correct the PH problems and also to do a specific storability test between the lettuce grown on supplement-treated beds versus non-treated beds.

A different field will be used that has never grown organic produce or had micronutrient, mineral and trace element supplement applied.  In the 1993 Chicago study of nutrients in commercial versus organic produce, it showed significantly more nutrients in the organic produce.  I will have to use a plot of land that has not been upgraded even to organic levels of nutrients.  There are just too many publications documenting depleted nutrients in soils and the negative health results of food grown in them.  For example: