Skalko’s Honey Bee Farm has 20 – 50 honeybee colonies per year. Winter survival success is extremely poor. Historically I was able to ship my honeybees south for the winter but this option is not available to me now. The migratory beekeeper that I worked with is no longer in the business. Our short honeybee season in NE MN, which runs from the end of May to the end of August, is 3-4 weeks shorter than southern MN. With this short season and the increased cost of honeybees in the spring we must work together as beekeepers and provide a method to winter our bees. With this new winter honeybee house other beekeepers will have an option to winter their bees with similar wintering facilities or learn what they can provide for their bees to secure a spring survival of their colonies. This honeybee house (shipping container) will also provide flexibility in the respect that is mobile and can be moved to other locations. A permanent building would not allow for this flexibility to relocate the honey house at a future time.

As was stated in the Project abstract the cost every spring of about $130.00 per new nuc of bees verses the ability to keep the bees over the winter is a large economic advantage not only in the initial cost of the bees but also in the amount of honey the bees produce through the season. A large colony raised through winter will be double the size of a nuc and will produce 3 or 4 times as much honey at the end of the season. A comparison would be how much work can a 100 horsepower tractor accomplish as compared to a 20 horsepower tractor. By keeping our own colonies we would be able to manage our colonies for mites, and other disease instead of having 400 colonies together on a large truck that may infect other bees with potential health problems. With this prototype honeybee house I would be a mentor and facilitator to other beekeepers in NE Minnesota and Wisconsin.

I am asking for a year extension due to weather, hardware and construction delays.  All the summary results will be provide when the project is completed.

Increase life of honeybees by reducing winter kill (die off) due to extreme weather conditions in N.E. Minnesota. Minnesota can have very cold winters (below zero for weeks) and well as many feet of snow. The honey house (storage unit) will provide the honeybees with a controlled environment (temperature and humidity).

Prior to winter storage of honeybees in the new winter honeybee house bees will be treated for mites. Treatment will consist of the following:
1. Group one treatment with Apivar.
2. Group two treatment with oxalic acid vapors
Comparisons will be evaluated in the spring with survival rate and information will be documented for future years.
Comparisons will consist of the number of live honey bees in the colonies, food supply remaining in the hive and quality (health) of the honeybees in the spring.
Records will be kept to provide accurate number of honeybee’s (colonies) going into the winter storage and provide spring survival records.
Records will also be provided to indicate winter-feeding of honeybee. There will be 3 groupings. Group one will be feed sugar syrup, group 2 will be feed corn syrup and group 3 will use sugar cake recipe which includes honey and essential oils. Charting will consist of the following:
1. Temperature inside honeybee house
2. Number of colonies
3. Evaluation of stores (sugar water, corn syrup, sugar cake) consumed by bees
4. Outside weather temperature
5. Colony condition – start of winter
6. Number Honeybee colonies to start winter
7. Winter loss of honeybees
8. Humidity level inside the honeybee home
From this documentation we will we able to conclude which type of winter feeding would be the most beneficial for the honeybees as well as a to evaluate the historical survival success (last years was less than 15%) compared to the new environment (honey bee house).

The measure would be how many colonies survive the winter in the inside environment.  This would also provide larger colonies (more bees) in the spring and not just the 3 pound packages.  This would provide for greater honey production and better pollination due the greater amount of bees.

Set-up of Air Handling Unit: The Energy Recovery Ventilation System (ERV) is an air handling unit sized according to the volume of air space (ht. x width x length) of the honeybee wintering facility. Six-inch ductwork was installed to run the length of the 20 ft. shipping container to provide an even distribution of air throughout the building. The ductwork has 4 diffusers (vents) divided every 5 ft. to provide an even distribution (circulation) of airflow. The installation and operation of the shipping container (Honeybee House) has been completed as of early September 2019. Presently there are three beekeepers from Northeast Minnesota (Esko, Wrenshall, north of Duluth) that will be wintering honeybees in the facility. I am anticipating additional beekeepers will be arriving with the bees in November and December. I will be using Apivar and HopGuard II for Varroa mites treatment. The second beekeeper will be using Oxalic Acid vaporizer treatment to manage mites. The treatment that the other beekeepers will be using to treat mites is currently unknown.

I presented, "Wintering Honeybees," to the N.E. Minnesota Beekeeper's Association Meeting in November 2019. The beekeepers were informed of the option to winter their honeybees in the Skalko wintering bee house. Most of the beekeepers took a "wait and see" approach for they wanted to know the success rate of wintering bees in the Nov-Dec. 2019 to Jan.-Mar. 2020 winter before they would commit to this proposal. Three beekeepers: Teresa, Ron, and John; anticipated to winter their bees in the Skalko bee house. Beekeeper, Teresa, informed me that her bees did not survive the fall season and therefore could no longer participate in the project.

The three feeding proposals in the initial grant were: (1) sugar syrup, (2) corn syrup, and (3) sugar cakes.

50% of the bee’s hives survived in the Skalko Winter Honeybee House.

Mortality rate of the bees was due to the following factors:

In conclusion; the beehive losses were not attributed to mites nor to environmental conditions of the Skalko Wintering Bee House, but rather due to human error.

Outreach for this project included contacting the following: 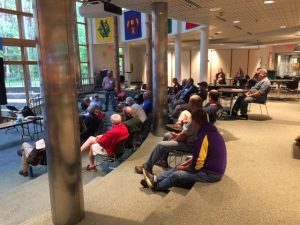 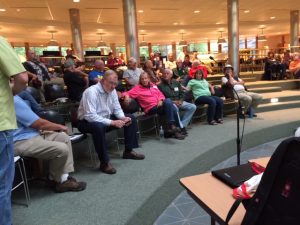 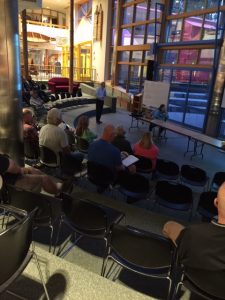 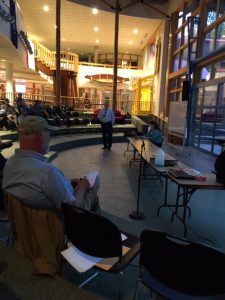 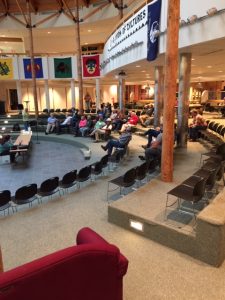 2.  Patience - hardware that I ordered took more time to obtain than I anticipated.

3.  Weather - It's difficult to prepare the site when too wet and it's also difficult to work outside when the temperature is below zero.

4.  Hardware problems - Venting pipes were not all standard size.  Connections from the ERV were oval not round and special connections had to be constructed in a metal shop (Fabricating shop).

The project was started in the spring of 2018 but many obstacles have occurred that delayed the timeline for conclusion of the project which include:

1.  Insulated shipping container (storage unit) did not arrive until late October 2018 due to the tariffs because most of the storage containers were out the the country not in the USA.

2.  Had consultation with many vendors to provide me with the air handling units but most were so busy and could not provide me with the units I required.  Other were worried about the liability aspect if the bees die in the winter.  I stated to them I would sign off I would not hold them liable for any honeybee loss in the winter in the shipping container.  (Potential lawsuit vendors were concerned about).

3.  With the help of Minnesota Power (Energy Insight) I was able to obtain the size of the air handling system. This person also provided me with consultation and suggestions with regards to which units will work well in this environment. 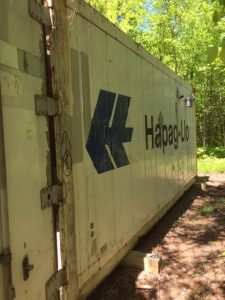 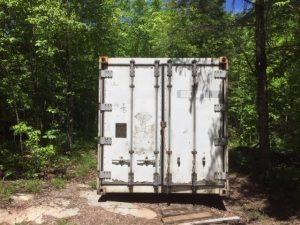 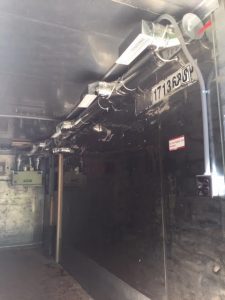 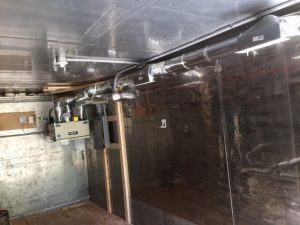 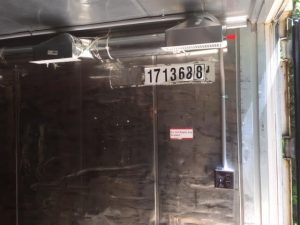 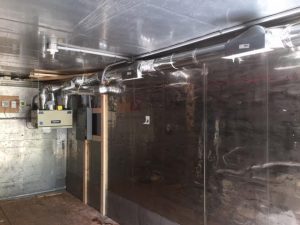 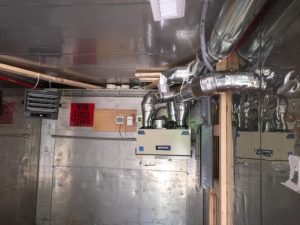 This project has taken much longer than expected.  Factors that contributed to the delay included: