In 1989, when I purchased the 26 acres, I planned an apple orchard by converting a 5 acre conventionally farmed field to cover crops. Since then I have used only non-chemical, organic and sustainable practices, i.e. cover cropping, rotations, organic matter, mulching , soil building, pollinator habitats, contour farming, drip-tape irrigation, high tunnels (2), prairie restoration, bird houses, wildlife cover and refuge. Blue Heron Orchard has been continuously certified organic since 2000. In the pasture we did pastured pigs, sheep and lambs, and chickens. We also have about an acre of market garden and a few acres of cool season and warm season pastures that are cut for garden mulch.

My proposal is to harvest on-farm mature eastern cedar trees (Juniperus virginiana) to be used as posts for an eight foot fence to keep deer and raccoons from entering the orchard and eating the apple crop. Deer cause damage to newly planted trees, making it impossible to plant new varieties or replace missing trees.  Deer winter-browse the mature tree’s fruiting buds on low branches, often killing the branch which leads to more fruit loss.  Eastern cedar trees in proximity to an apple orchard have the ability to infect apple trees with the disease, Cedar Apple Rust/ CAR (Gymnosporangium juniperi-virginianae).   A degree-day data field recorder/weather station designed to specifically support the agricultural community will help determine conditions that precede a CAR outbreak in the orchard.  Checking the orchard canopy after the possible disease outbreak by leaf symptoms will determine the efficacy of the cultural practices in controlling the disease.  Cutting down cedar trees and utilizing the larger cedar trunks for fence posts reduces the possibility of disease vectors that infect apple trees.  Energy spent focusing on tree health in the absence of stressing over deer in the orchard and CAR will enhance the orchard's viability to serve a greater community of consumers.

Utilizing Eastern Cedar trees for fence posts grown on-farm saves money for growers and is an allowable option for certified organic production, as opposed to creosote and copper - arsenate treated lumber.   Often, more diversified farmsteads with marginal soils are 'infested' with Eastern Red Cedar and have tracts that have been left alone, where tall, straight cedars thrive with few side limbs, creating a perfect post.  Activities necessary to carry out the project will include sizing, selecting and harvesting cedar trees for the line, corner and gate posts.  Additional preservation of the rot-resistant cedar requires charring the portions of the post that will be in the ground.  This process will inhibit soil bacteria from post degradation.  Assistants will be hired to manage the preparation, movement and installation of the posts.  A Track-Hoe fitted with a Forestry-Mulcher Head will clear the path for the fence and grind all trees and brush into mulch in situ.  The farm tractor will be utilized along with hand work to prepare the site line for fence installation.  The final step will be to install an eight foot deer fence onto the cedar posts and placing gates at strategic locations (for maintenance facility).

The field day will demonstrate the "charring" of the cedar wood for preservation in-ground.  The Field Day Monitor will be demonstrated for the cedar apple rust disease program that tracks the weather conditions and uses a disease model program for determining when a grower takes or decides not to take an action.

Regarding deer and eight-foot woven wire fences; eight feet is not enough. During the winter season of 2022, one deer walked across a frozen pond (that is used as a natural fence) and ambled through the snow and out again. And that had been the only incursion. A bit of dried blood meal at the site of entry was enough to keep it from coming back into our 5-acre apple orchard.

However, Spring and plenty of safe and succulent food attracted a number of does that did find an extremely narrow entry point near where the incursion of that winter took place. I had planted around 40 new apple trees and had felt confidant of their well-being early this Spring. However, in late May, I could see that the new saplings had been discovered. Our orchard is not a high-density production. It is in the range of around 100 trees per acre. Like the trees, the ground management is not so intense. During mowing this late May, I tossed out four young fawns and literally ‘drove’ out the mothers. The fawns are gone from the field. But at least one doe came back for a bit of browsing. I have now a Plant Skydd deer repellant program for the saplings.

Fortunately, and though a bit late, having harvested our own eastern cedar trees and the generous length of our posts, will allow us to add two strands of a high tensile wire to give a nine and-a-half foot clearance.

1 On-farm demonstrations
2 Published press articles, newsletters
1 Webinars / talks / presentations
1 Other educational activities: Video documentation of the whole process of gathering materials and processing those materials and placing the footage in a sequential time-line and offering this on my Facebook page and Organic Fruit Growers Just Picked publication, (soon to be public).

Published an article in the Lewis County Press News Journal about receiving the grant in October 2020.

In February 2022, Dan Kelly gave a poster presentation on the project in LaCrosse, Wisconsin at the Marbleseed organic farming conference. (Marbleseed, farmer-led, rooted in organic, was formerly known as MOSES - Midwest Organic and Sustainable Education Service.)

Close up of poster for 2022 Marbleseed (MOSES) conference, WI

41 Farmers reported changes in knowledge, attitudes, skills and/or awareness as a result of their participation
Lessons Learned: 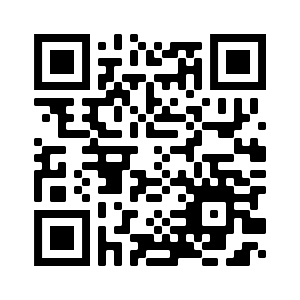 This fence project neared completion at the end of 2021 and the opportunities to share coming out of the pandemic have been very limited.  I will continue to work with Organic Fruit Growers Association for future field days, and other agricultural groups, as the fence is built to last well into the future.