We took an unused basement in a 100 year old commercial building in downtown Canton and built out a roughly 500 square foot space to farm mushrooms commercially for wholesale and retail sales. The farm was built in August of 2020, right in the middle of the pandemic. Before receiving the grant, no farming was taking place within the space.

In Canton Ohio, 32% poverty rates are a reality.  Those seeking employment in order to be able to afford food and be able to pull themselves out of poverty, are few and far between, especially without a college education or with a criminal record.  This past year, StarkFresh has opened its Food Justice Campus, located within the heart of downtown Canton, Ohio in a nearly 100-year-old building.  In addition to removing barriers for people to have their own food-related businesses with shared office space and a shared, licensed commercial kitchen, the Campus basement has been set aside to allow for a commercial mushroom growing operation.  Not only are there no other locally-owned mushroom farms, but also none are designed to create employment opportunities for low-income individuals who are seeking a way to earn a living.  Locally, the demand is high for gourmet-grade oyster mushrooms.  By growing in an otherwise unusable interior space, we are able to better use resources and not have to take up potentially valuable land for other agricultural crops.  Through the creation of this pilot mushroom farm, we hope to create an example of how a different approach to food and employment can create a meaningful way out of poverty.

We were able to find someone to assist with the build-out of the open basement to transform the empty space, be able to install ventilation, and keep humidity levels where they need to be for optimal mushroom cultivation.  There has been a bit of trial and error in terms of floor coverings, adjustment of lighting, airflow and humidity levels to ensure consistent, fruitful yields to be able to keep up with commercial wholesale and retail sales of several varieties of mushrooms being produced. 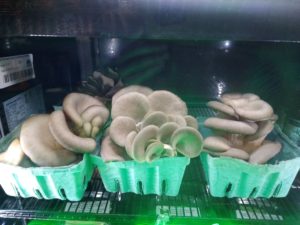 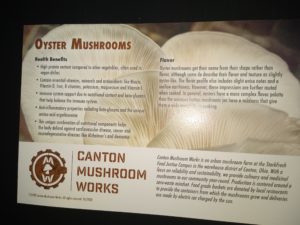 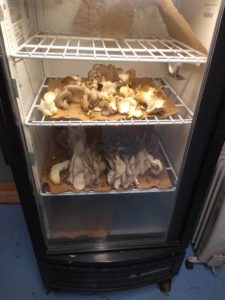 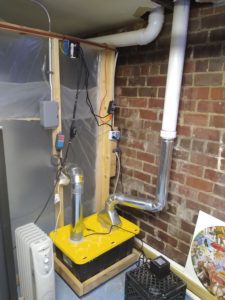 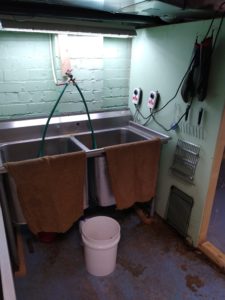 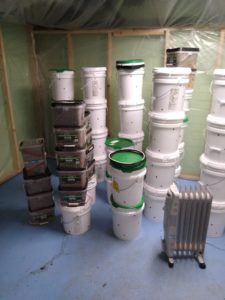 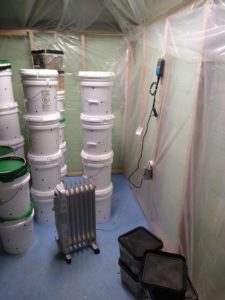 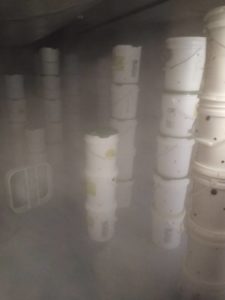 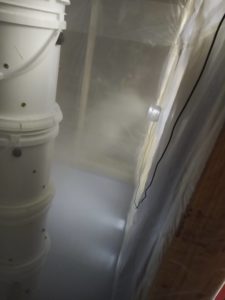 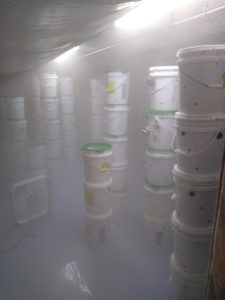 We learned that in order to control contamination, there had to be more diligence done when pasteurizing the straw medium.  Once contamination was under control, production was not only consistent but also improved greatly.  Kara is producing 30 pounds weekly which is enough to cover her existing wholesale customers.  She has been able to expand to offer six varieties with regularity, pink, yellow and grey oysters, lions mane, king oyster, and chestnut mushrooms respectively. 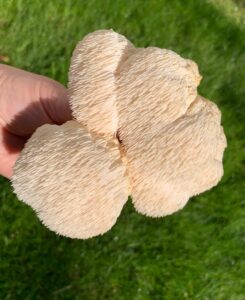 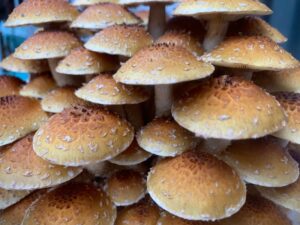 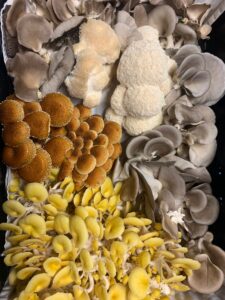 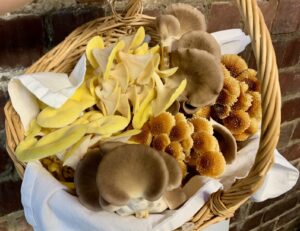 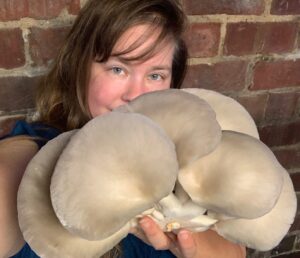 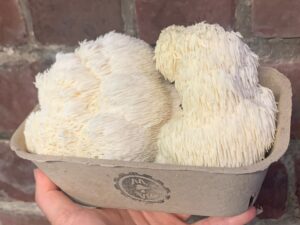 The basement has been adapted and tweaked several times now to allow for an increase in production.  We've settled upon pasteurized straw as a growing medium after trying a few other mediums that had their own sets of problems.

The individual farming the space had zero mushroom-growing knowledge prior to the pandemic and lost her job as a result of the pandemic.  They've been able to rely on our knowledge to not only grow mushrooms, but also to market and work on their new business.

With the pandemic adversely affecting so many restaurants, there haven't been as many sales to restaurants as we would like, but instead we've been able to find several wholesale market customers at grocery stores and a growing direct-to-consumer customer base from farmers markets.

We are currently still collecting data to be able to create a bit of a blueprint for others who may be interested in mushroom growing in a similar space.

Grocery Store chains have proven to be a great place to sell fresh mushrooms to customers.

The space that has been designated for growing is located in the basement at the Food Justice Campus.  There will be two parts of the roughly 15' x 20' overall space.  A growing room and a spore (cultivation room).  Initially, the oyster mushrooms will be grown on a rack system using re-usable 5-gallon buckets and pasteurized straw as the growing medium.  Grey and blue oysters will be the crop to start, expanding into other varieties as we further experiment.  This is what Tom has used to grow in the past and is similar to the setup that Case Western Reserve uses at their mushroom farming operation.  Mushroom spawn will initially be purchased but eventually will be taken from existing strains being grown at the farm, removing an additional expense.  The space will be humidity and temperature-controlled and once mushrooms have been picked for sale, they will be held within a walk-in cooler that is onsite.  The straw will be pasteurized onsite as well.

We took a basement space with nothing inside it in the form of resources and were able to create a dynamic, thriving small-scale mushroom business inside it.  Yields are currently in the 30 pound weekly range with the capacity to triple those numbers if the demand calls for such an increase.

This was an interesting year to try and hold anything in-person, due to Covid restrictions.  Everything this year did not go to plan, everything was later and harder than planned, and starting a mushroom-growing operation was no different.  We were able to get some press early on for the project but outreach has mostly been one-on-one farm tours to other farmers, business mentors, and potential clients.

We are learning that converting a basement area into a viable growing space for mushrooms has more to it than simply building out a temperature-controlled room, especially if the space above is occupied.  It has caused levels of trial and error to create compromises throughout the shared spaces.

Being that the space that the farm is located is not solely occupied by the farm, but is in a shared space in our Campus has forced us to adapt operations to fit farm and building operations.  One of the things that was not expected was the intrusiveness of the smells created by substrates. Pasteurized straw was settled on as a substrate.  Other substrates were tried (mixes of alfalfa, wood pellets, etc.) but it was found that the straw mixture currently being used not only worked for the majority of the mushrooms being grown but also minimized the odors created during the pasteurization process.  Being as we are using plastic buckets in the growth of mushrooms instead of the more common single-use plastic bags, and because the farm is in the basement that can only be accessed by navigating through the Campus, adapting everyday processes has proved to be one of the biggest learning curves.  Something as simple as emptying out the buckets once they've been used to grow, disposing of the spent straw, and sanitizing buckets, all has to be coordinated so it is done while our Grocery Store is closed.  Another element that we figured out from operating for some time, was how quickly the shared ventilation system needs to be adjusted to make sure the spores from the farm aren't adversely affecting the airflow throughout the remainder of the Campus HVAC systems.  For example, prior to the farm being fully functional, the furnace filters only needed to be changed once per month. Currently, with mushroom cultivation, we end up changing them every 4 to 5 days as they get filled with spores and severely affect furnace airflow.

Learning how to keep humidity levels where they need to be with different amounts of mushrooms being grown at a time has been one of the harder things to learn, luckily, the temperature and static humidity levels are pretty constant year-round in the basement so we have it dialed in pretty well now.

We figured out early on that bringing someone into the process from the beginning, especially during such an uncertain year due to the pandemic, was going to be crucial to the success of this project.  We were able to find an individual who was looking to explore mushroom growing as a passion and help her realize her dream.