Our study analyzed three different types of row preparation (no-till, till, and till-flame-weed) in conjunction with a mulch vs. bare ground comparison. During our research it became clear, not only in the numbers but also by observation, that the no-till method required the most work and yielded the poorest results. The flame-weeded rows produced 52 percent of our harvest and took only 10 percent of our weeding time. There was not a dramatic difference between the mulched and bare ground rows. However, we did see less weeding time required in the no-till-mulched and the tilled-mulched rows along with higher harvest rates in the tilled-mulched and flame-weeded-mulched rows.

Windfall Farms is a one hundred forty two acre farm in Orange County, NY with twenty acres under cultivation growing vegetables, specialty greens, and edible flowers. Our products are sold exclusively at the Union Square Greenmarket and to restaurants in New York City. The farm was established in 1980 and has always adhered to the strict principal of not using insecticides, pesticides, herbicides, fungicides, or chemical fertilizers. We have always been interested in topics related to practices with minimal effects on the ecosystem, and going above and beyond to try and reduce our impact on the environment. We currently convert waste veggie oil into bio diesel to run our tractors on the farm and our buses that transport our produce to markets.

The study was coordinated by Tanya Jurcic with help from farmers Hubert McCabe and Suzanne Lametta. Our technical advisor for the project was Dr. Lee Reich.

The goal of this project was to assess what type of soil preparation program, in conjunction with a mulching system, produced the highest plant productivity rates and was the most cost effective (measured in time). We wanted to test three systems (tilling with a tractor, tilling and flame weeding, and a no-till method using a roller-crimper) in a field seeded with a cover crop of winter rye. We planted pepper transplants and seeded winter squash into each type of row preparation and also examined how the use of mulch compared to bare ground in all three systems.

Test plots were set up to determine whether tilling or using the organic no-till method under varying circumstances would provide us with a clear picture of the most economical and environmentally sound system for a small farm in the Northeast.

In the fall we planted a field with winter rye, which is a cover crop that has been used extensively in organic no-till systems. We set up six planting rows with a width of three and a half feed each. Each row was 100 feet long and divided into two halves of 50 feet in length. In each row we planted pepper transplants into one half and seeded winter squash into the other half.

We measured results by calculating the time put into maintaining (preparation, planting, weeding, and harvesting) each row and by collecting harvest totals (weights of fruits per plant throughout the season) from all rows. 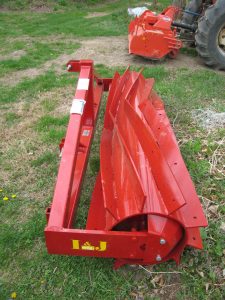 Figure 1 shows that the majority of our time (47 percent) was spent weeding the no-till rows, while the flame-weeded rows only required 10 percent of our time. One of the issues we encountered in the no-till rows was the extra effort it took to move aside the rolled and crimped winter rye in order to fully pull out the weeds. Also, the soil in the no-till rows was more compacted than in the tilled rows, which made removing weeds more difficult. The initial weeding, demonstrated in Figure 2, required much more time overall than the weeding later in the season, demonstrated by Figure 3, except for the tilled rows and the flame-weeded rows where the weeding time did not change much.

When we compared the weeding time between mulched and non-mulched rows (Figure 3) we saw the most difference in the tilled rows. More than twice the amount of time was spent weeding in the tilled-non-mulched row. We saw a minor difference in the no-till rows, where less time was devoted to weeding in the mulched row. There was no difference in the flame-weeded rows. We also observed differences in the types of weeds. In the no-till rows the most abundant weed was a grass (most likely from the genus Setaria) but there was also thistle (Cirsium), white clover (Trifolium), and quickweed (Galinsoga) present. The tilled rows and the flame-weeded rows were dominated by quickweed and pigweed (Amaranthus) with some thistle present also.

It was observed that the pepper plants in the no-till rows had yellowing leaves and looked very unhealthy early in the season. By the end of the season, they looked much better but the tilled-mulched and flame-weeded-mulched rows had the strongest and healthiest looking plants.

The growing season had been a very dry one and the field where we conducted the research did not have any irrigation for a good part of the early growing season. The dry season and soil compaction in the no-till rows may have contributed to the failure of the winter squash plants and the slow start for the pepper plants in those rows.

We were able to conclude that the no-till method involved the most labor and produced the least for us in our test plots. There was also extra maintenance involved in getting the roller-crimper to work properly. It had already been purchased years before this research project and needed some repairs. In this situation the no-till method was not economically practical

We conducted an outreach day in October. We gave a brief description of our research and had a tour of the test plots. We also made postings on our blog regarding our progress throughout the season.

The outcome of this research was not what we had expected when we started. We had hoped that rolling and crimping would create a natural mulch which in turn would keep the weeds at bay and prevent the soil from drying out as quickly. However, it was very difficult to plant into the no-till rows. The flattened winter rye stalks had to be pulled aside in order to put in the transplants and seeds, and the soil was very compacted. After the first weeding the winter rye in the no-till rows was greatly disturbed and it wasn't possible to return it to its original position which nullified its intended purpose as a weed suppressor. All in all, we ended up spending more time and energy on the no-till rows and saw diminished health and productivity from the plants in those rows.

We do not have any plans to continue using the no-till method with the roller-crimper or to keep the test rows set up as in the experiment. It would be interesting to observe the rows over time to see if or how things change. Would soil compaction continue to be an issue in the no-till rows? Would we continue to see different weeds in the the rows? Although we learned a lot, this method does not suit our needs at this time.