Our project under this funding began January 2016 and this report includes progress from January 2016 until July 31, 2017 (end of project). Our overall objective of this project is to increase the capability to identify infected animals with brucellosis in the Greater Yellowstone Area (GYA). We are tackling this issue by the creation and validation of a novel molecular assay (qPCR) for B. abortus, B. suis, and B. melitensis. To date, we have identified novel primer/probe regions for this assay, which are currently being validated on. We have run a blinded in parallel assay with tissues that were collected from Yellowstone National Park bison. Tissues were split and half went to United States Department of Agriculture – National Veterinary Services Laboratory (USDA-NVSL), and half stayed at the University of Wyoming / Wyoming State Veterinary Laboratory for qPCR testing. Of the animals cultured thus far, our qPCR assay has detected two times times as many positives as culture (n=63). Incorporated with this project was a producer/veterinary educational extension effort to educate stakeholders on brucellosis. With additional funding from the Institute for Infectious Animal Diseases – United States Department of Homeland Security and the Wyoming Department of Agriculture, we completed meetings with stakeholders in Pinedale, Cody, Greybull, and Sheridan, Wyoming in the summer of 2016. In total over 120 participants were present at these meetings. A panel of experts presented information on brucellosis as well as engage in a discussion on the disease. The panel included two previously quarantined producers, the Wyoming State Veterinarian, Wyoming Game and Fish Department, Wyoming Extension Office, members from the University of Wyoming/Wyoming State Veterinary Laboratory, an agricultural economist, and an veterinary student extern. We additionally collected 127 brucella negative animals from outside of the endemic area. These samples were tested on our candidate sets for real-time qPCR and no amplification was detected, indicating that the assay was 100% specific.

Our first objective is to identify and validate a novel quantitative polymerase chain reaction assay for that is highly sensitive and specific for brucellosis in the GYA. Ideally, this assay can be used ante-mortem, but will first be validated in post-mortem tissues.

Our second objective is to host producer/veterinarian meetings on brucellosis. These meeting will consist of a panel of brucellosis/animal disease experts and will include a discussion on brucellosis. Included in this meeting will be a pre and post knowledge test for the stakeholders. Factsheets will be provided for reference.

An in-silico analysis was completed on 103 Brucella genomes acquired from United States Department of Agriculture - National Veterinary Services Laboratory and National Institutes of Health. Descriptive regions were isolated and primers and/or probes were ordered for testing of a novel molecular diagnostic.

In parallel, producer meeting were planed in four locations through out Wyoming (as determined by UW Extension Office). These meeting would be advertised in pertinent media outlets to increase attendance.  Discussions were hold with experts in the room on the background of brucellosis, testing that is currently done, future of testing, regulatory implications, and lessons learned from quarantined producers.

The molecular diagnostics portion of this project was completed. We were able to acquire enough samples to validate this assay and the statistics are soon to be reported in the peer-reviewed literature. Comparisons between the gold-standard of bacteriologic culture, and serology are pending.

In all there were 120 producers that attended the four meeting in the state of Wyoming. All of the meetings went longer than expected due to the participation of the producers and various other stakeholders that attended the meeting. By request from the University of Wyoming - College of Agriculture and Natural Resources, we have a plan to continue another round of these meetings in the winter of 2017/18 due to the excellent feedback.

Overall, this novel diagnostic assay will make inroads into replacing current non-optimal diagnostics that are in place. This will allow practitioners to more readily identify infected herds and will provide faster turn around times based on currently used methodologies.

The producer meetings were very helpful in educating stakeholders about the current issues with brucellosis. This disease and regulatory implications are ever-changing and this forum allowed the stakeholders to be better informed and to have transparency in the regulatory process.

Four meetings were held in the state of Wyoming (Pinedale, Cody, Greybull, and Sheridan). These meetings brought together academic researchers, members of the Wyoming State Veterinary Laboratory, the State Veterinarian, the Assistant State Veterinarian, Wyoming Game & Fish Department, UW Extension, and affected producers. There were 120 participants across all the meetings. 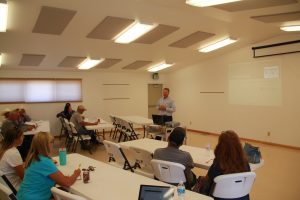 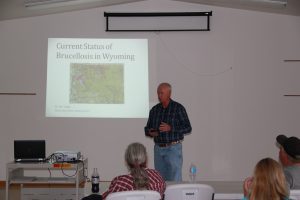 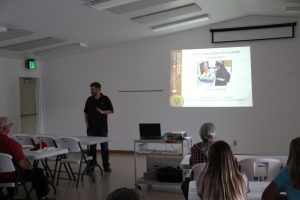 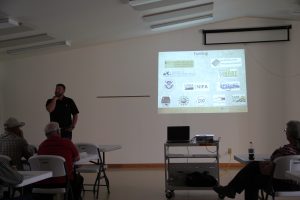 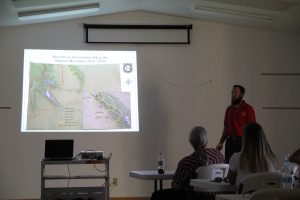 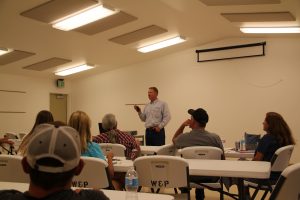 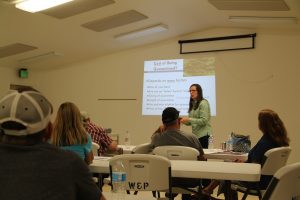