Hands in the dirt, kids in the kitchen, veggies on the table: Local produce goes home with campers at neighborhood day camp

Like many small-scale farming operations across the country faced with plummeting sales at local Farmers Markets and a saturation of the traditional CSA customer base, I was interested in developing a new arena for my certified naturally grown produce and expanding my farm’s commitment to outreach and education. Simultaneously, in a more densely populated urban center, within 20 miles of my farm, a community-based youth gardening project was seeking to build its capacity. Together we wondered if we could create a symbiotic relationship that would improve the health and well-being of an under-served population in a low-income neighborhood, while increasing outlets for my produce and identifying a replicable revenue stream for similarly scaled farms.

Working closely with my grant partner KayCee Wimbish at the Kingston YMCA Farm Project, I secured the funding necessary to expand the existing grow-harvest-cook camp program she offers through Camp Starfish at the Kingston YMCA. This year all participants in Camp Starfish had the option to receive a copy of the weekly recipe used in the grow-harvest-cook program and the produce to duplicate the recipe at home for a nominal fee. We also increased the quantity and selection of produce available at her market located on the grounds of the Kingston YMCA.

The following links provide the English and Spanish translation of the recipes we produced this season. However, the laminated cards with attractive formatting and watercolor images of produce cannot be adequately represented in this format.

First we looked critically at our individual productions and evaluated which specific crops were the most successful to grow, while meeting nutritional needs and retaining popularity with campers and the customers who frequent the Kingston YMCA Farm Project Market (Y Market). Once we identified which crops would be grown, we collaborated with members of the Chefs Consortium in order to select 6 recipes showcasing those crops for use in the expanded summer camp program.

I worked with KayCee to develop outreach materials describing the take-home option and we worked with our technical adviser to create a meaningful entrance and exit survey for the parents and family members of the participants in Camp Starfish. After developing materials in English I worked with a translation specialist to translate those documents into Spanish. Then, I worked closely with a graphic designer to transform our written recipes into attractive, laminated, double-sided English/Spanish cards as well as creating brightly colored produce bags for campers and their families who participated in the take-home option.

KayCee introduced me to the director of Camp Starfish who expressed enthusiasm for the expanded program. I set up a table near the camp registration and gave out samples of produce and recipe cards to promote registration for the take-home produce. Only 12 family members out of 75 camp participants elected to fill out the entrance survey. Ultimately, only 2 families participated in the take-home option for all 6 weeks. Meanwhile I participated as a weekly vendor in the Y Market selling the agreed upon items I grew at Good Flavor Farm, wholesaled produce for other Kingston YMCA Farm Project outlets and helped to support the grow-harvest-cook sessions of Camp Starfish.

The following document offers a log of sales, which include all the produce grown by Good Flavor Farm for the grant project. good-flavor-farm-and-ymca

At the conclusion of the season I spoke on a panel with two other food activists entitled Selling to Institutions at the Young Farmers Conference hosted by the Stone Barns Center for Food and Agriculture. The panel was well attended and the dialogue was recorded and will be available at a future date through Stone Barns.

In general the YMCA as an institution, does seem like a great fit for fresh, locally grown, low-input produce because nearly all of the members are concerned with improving their health and well-being. And, our careful identification of desired crop varieties successfully prevented overlap at the Y Market. So, although the market wasn’t very lucrative for Good Flavor Farm, fortunately the joint effort this season did not seem to depress sales for the Kingston YMCA Farm Project.

Customers who attended the Y Market seemed pleased with the new availability of certain summer favorites, such as cantaloup and watermelon and larger quantities of staples, such as broccoli and carrots. And, the 2 families who participated in the expanded take-home program were very pleased with the quality of the produce, the durable quality of the recipe cards, and importantly the kid-friendly appeal of the recipes themselves. 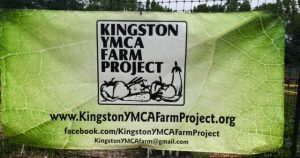 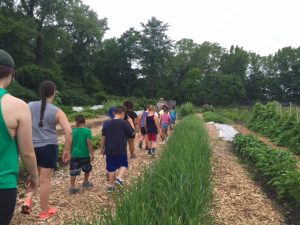 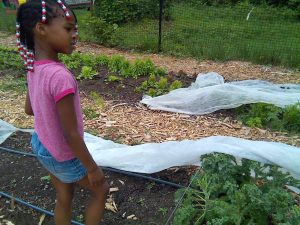 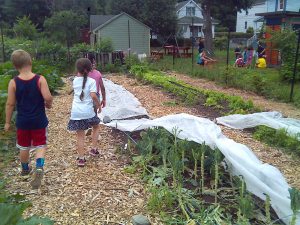 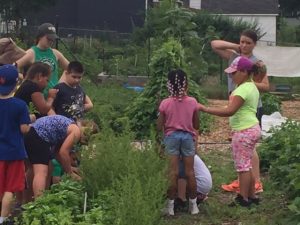 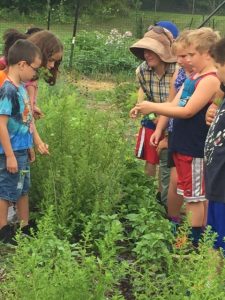 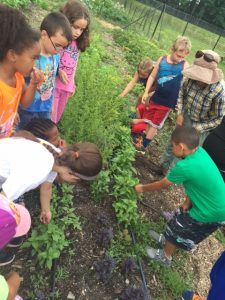 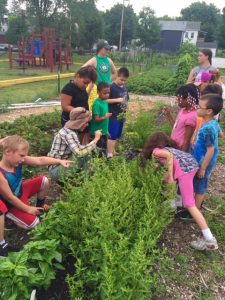 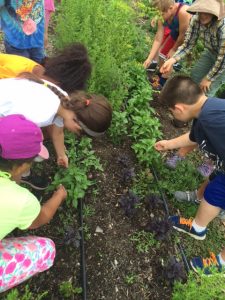 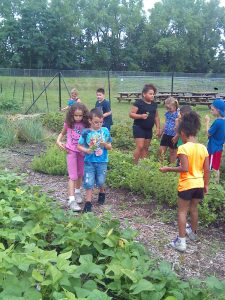 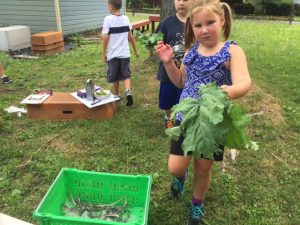 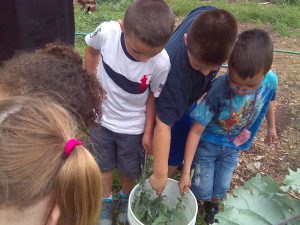 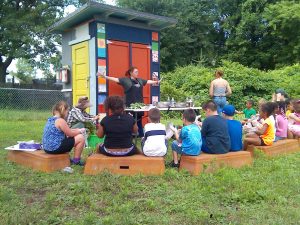 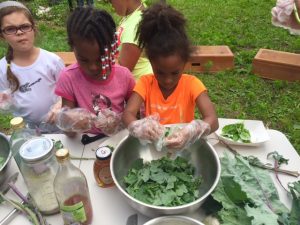 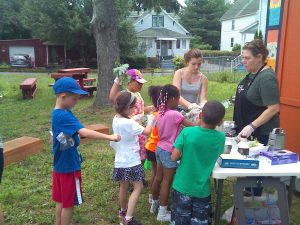 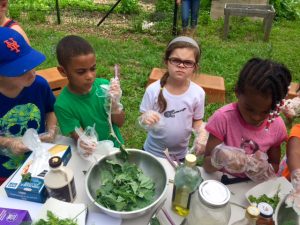 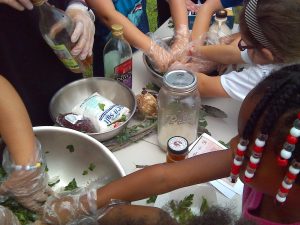 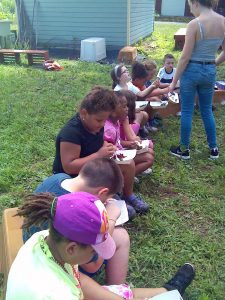 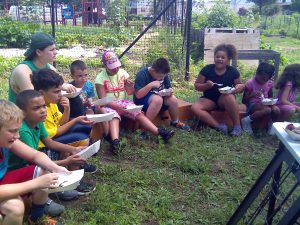 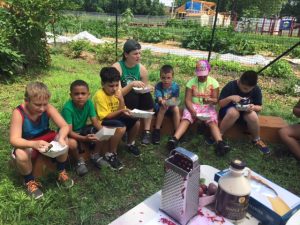 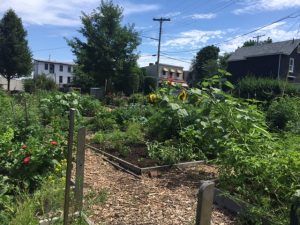 The methods outlined above were on-point to form a symbiotic relationship between an urban agricultural project and a more rural small-scale farm. However, the existing demand for more produce at this particular outlet were greatly inflated. And, the location of the Y Market inside the lobby in the back of a building and completely invisible from the sidewalk on a relatively busy main street definitely did not help attract a wider customer base.

This grant project really helped me more clearly identify my goals as a grower. I discovered that I’m much more interested in concentrating my farming efforts on education and outreach, and that continuing to endure the loneliness and financial instability of operating a small farm business as a sole-proprietor on an isolated private property is not providing an adequate return on my intellectual and emotional investment.