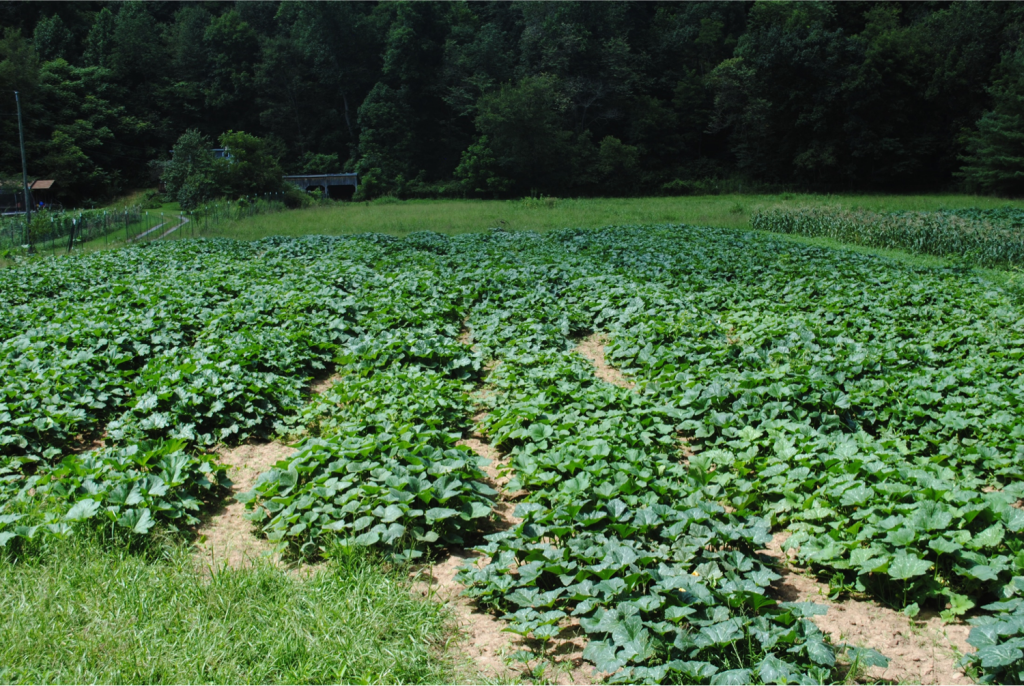 The goal of this project is to identify and develop high quality Cucurbita moschata (winter squash and tropical pumpkin) varieties that thrive under low-input, organic management in Virginia’s hot and humid conditions, especially in terms of resistance to downy mildew.

Based on this trial, and based on conversations with winter squash producers at agriculture conferences and tradeshows throughout the Southeast and mid-Atlantic regions in 2014 and 2015, Common Wealth Seed Growers identified a need for better adapted, downy mildew-resistant, high quality winter squash varieties.

We approached the need for downy mildew-resistant and regionally adapted winter squash from two angles:

-A winter squash variety trial of 23 seedstocks. Goals included recording data on DM resistance, yield and eating quality; comparing the seedstocks used in the above selection projects to several commercial butternut varieties; documenting the progress in ongoing selection work with the Seminole-Waltham cross by trialing seedstocks from different generations of the cross; and evaluating new tropical pumpkin seedstocks to identify standout varieties or material useful for future breeding work.