The imminent depletion of the Ogallala Aquifer demands innovative cropping alternatives to prevent dramatic losses of income when water levels are insufficient for irrigated row-crop production in the Southern High Plains. Integrating winter cover crops with summer crops maximizes land productivity and system profitability by improving water infiltration, stabilizing soils, and increasing potential income channels. Even though the benefits of cover crops for nutrient retention and erosion control are well recognized, adoption has been slow because of concerns that cover crops withdraw soil water to the detriment of the summer crop. This small-plot experiment is testing the interactive effects of irrigation and tillage management techniques with five cover-crop species on soil water depletion and productivity of the cover and subsequent summer forage crop. The overall aim is to compare the success of residue management schemes in reducing irrigation needs for the water-limited Southern High Plains region.

Data collection has included photographically monitoring ground cover of the cover crops, quantifying plant canopy characteristics and biomass, monitoring soil water depletion, and evaluating the impact on the summer teff hay crop. After the experiment is completed, research conclusions will be compiled into fact sheets readily available to producers through the Texas Alliance for Water Conservation (TAWC) annual Water College and electronic media, and to be distributed and demonstrated at TAWC and TTU Research Field Days. The impact of this project is two-fold: strengthen rural communities by ensuring the persistence of profitable agriculture in the region, and stabilizing the soil surface from excessive wind erosion and desiccation. 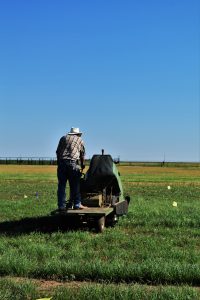 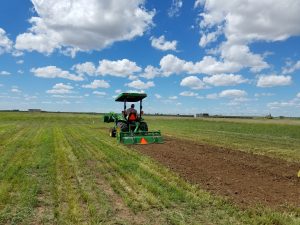 The impact of this project is two-fold: strengthen rural communities by ensuring the persistence of agriculture in the region, and stabilizing the soil surface from excessive wind erosion and desiccation. Cattle production is crucial to the region’s agriculture community (Butler and Muir, 2012). This research can help rejuvenate the region’s ranching heritage but do so by promoting forage-based livestock systems that are potentially more productive and profitable than traditional rangelands, and more water-frugal when integrated into a row-crop dominant ecosystem. Texas plays a major role in agriculture, especially in the beef industry since the state had 12.4% of the nation’s cattle in 2014 (NCBA, 2015). Without the adoption of more sustainable, resource-efficient management practices, agriculture cannot persist on the Southern High Plains.

Outcomes from Year 1 of the experiment were presented in a poster session at the American Forage and Grassland Council’s Annual Conference in Roanoke, VA in January 2017. Preliminary conclusions include: 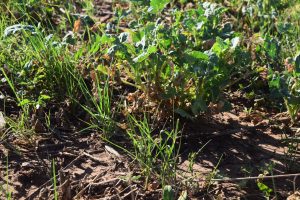 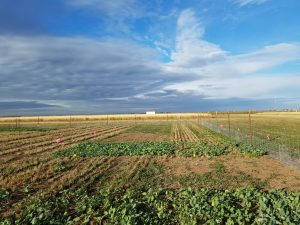