The evaluation of periodic grazing exclusion on performance and stand longevity of herbaceous mimosa (Mimosa strigillosa) was initiated in the 2015 production season.  Cattle were excluded in different areas during 3 periods through the summer.  Available forage was assessed at the end of each exclusion period.  Herbaceous mimosa stand was similar in grazing excluded and non-excluded areas.  Extremely dry conditions limited forage growth during the last half of the growing season.

The trial was successfully set up in late April 2015 and wire cages were installed to eliminate grazing in certain areas during May through June, July through August or September through October. Forage growth was assessed when grazing exclusion cages were removed after each exclusion period (Table 1).  Available forage accumulation during the grazing exclusion periods was approximately twice as much as that in areas open to grazing.  Herbaceous mimosa stands were comparable between the grazed and grazing excluded areas through the production season.  By the end of the growing season, in early November, it was difficult to identify herbaceous mimosa in the sod mixture.

Plant growth during the latter part of the season was hampered by extreme dry conditions. Rainfall was adequate for plant growth through the first week of July but subsequent precipitation was minimal until the last week of October. Although grass exhibited severe response to dry conditions by the end of August, herbaceous mimosa remained green though growth was minimal (Photo 1). Herbaceous mimosa did eventually loose leaves and was only slightly identifiable in the sward by the end of the assessment period. 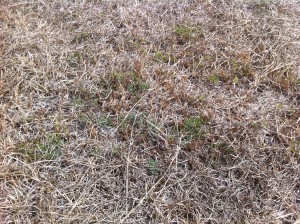 Photo 1. Drought effect on grass and herbaceous mimosa as of September 4, 2015.

Preliminary information about this study was included in a presentation at the Louisiana Forage and Grassland Council annual meeting concerning native legume presence in pastures.