The purpose of this project is to help identify early growth traits of carrot cultivars that make them more tolerant to mechanical cultivation. Organic vegetable production in the Northeast is growing, but small-seeded crops such as carrot often suffer significant yield and quality losses to weeds and mechanical cultivation because their slow early season growth and size make them less competitive and more prone to injury. Growth characteristics that may help a carrot better tolerate cultivation could help direct future plant breeding efforts and help organic vegetable farmers make more informed cultivar and tool selections.

Seven popular commercial carrot cultivars were selected for early growth characteristic screening in 2019 to determine which cultivars and variables to assess in subsequent studies. Nine cultivars were selected in 2020 based on their known root and shoot growth to represent a range of carrot growth characteristics. Cultivars were arranged in the greenhouse in a factorial randomized block design with six replications. Each carrot cultivar had four growth stages tested: seed weight, and one, two, and four true leaves. Average seed weight was determined for each cultivar prior to sowing by weighing three samples each of 100 seeds. Root anchorage force, root and shoot biomass, and other selected root and shoot growth parameters were measured at each stage (Obj. 1-2). For each of the true leaf growth stages two carrots were seeded, one for anchorage force testing and one for analyzing the growth characteristics. Seeds were sown to a depth of 0.63 cm in ConeTainers (Stuewe & Sons, Inc., Tangent, OR) filled with coarse pool sand media using a dibble and watered as necessary. Cones were fertilized three times per week using Peter’s Professional 20-20-20 general purpose fertilizer to ensure growth in the sand media. Cone location in a tray was randomly selected for each cultivar and growth stage and labeled appropriately.

As true leaf growth stages were reached, plant shoot height (cm) was recorded and plants were destructively harvested, carefully washed, and placed in a tray for scanning using the WinRHIZO™ system (Regent Instruments, Québec, Canada) to quantify root and shoot area. Roots and shoots were separated, dried at 65ºC for at least three days in a lab drying oven, and weighed to determine dry root and shoot biomass. Root and shoot area data were pulled from WinRHIZO-generated scan files for analysis.

Additional plants were subjected to anchorage force testing using an Alluris® FMI-B150 Force Gauge. Plants were attached at the soil level to the force gauge hook using a metal clip and pulled straight up at a constant speed until all roots had been removed from the soil or the plant stem broke off from the roots. The maximum and average force (Newtons) required to remove a plant from the soil were recorded and data was pulled from the Alluris-generated Excel files for analysis.

We measured crop mortality from cultivation with either finger weeders or tine harrows by recording the number of carrots pre- and post-cultivation in each of the two rows per plot. Post-cultivation data collection was performed approximately 24 hours after cultivation to ensure desiccation. Crop density was also recorded for hand-weeded treatments to determine if hand-weeding resulted in any crop mortality.

Carrots were harvested by hand digging all carrots in each row. Carrots were removed from the soil using broad forks, dunked in two buckets of water to remove soil, and brought to the farm lab for processing. Carrots were divided into ‘marketable’ versus ‘unmarketable’ (very small or having major defects). Within each category, the number of carrots was recorded, as well as total fresh weight in grams. Carrot tops were removed using garden clippers, and carrot root fresh weight was recorded (grams). Carrot yields were analyzed in JMP 16 Pro and contrasts used to compare cultivated treatments to a hand-weeded control treatment to determine any differences.

Using JMP 16 Pro, early growth data including root and shoot biomass, root and shoot area, and shoot height were correlated with crop mortality and carrot yield data from the field trial. This analysis was used to determine if meaningful relationships exist between root and shoot morphology and crop mortality from mechanical cultivation. Based on this analysis, a “cultivation tolerance” table will be developed to help inform plant breeders and farmers about cultivar tolerances to physical weed control.

The greenhouse trial was completed from June-September, and the field trial from July to October. Results to date are presented below, and final results are expected to be published in fall 2022. Below are tables and figures of data that has been summarized to date. Pictures from this year are also attached for reference. 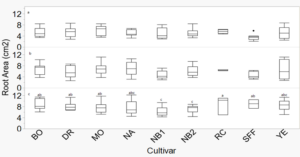 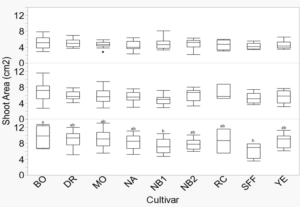 Figure 3. Mean (±SE) total hand-weeding labor to achieve weed-free conditions for each weed control treatment. All treatments were hand weeded at one true leaf. Finger weeder and tine harrow treatments were hand weeded once 14 days after cultivation. The hand-weeding only treatment was weeded every 14 days for a total of three times after the initial hand weeding event. Data is pooled across years. Different letters represent significant differences at α=0.05. 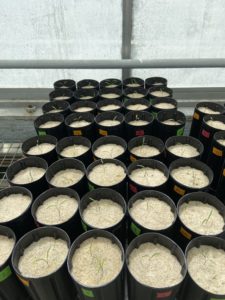 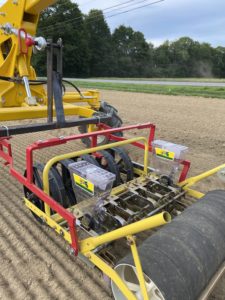 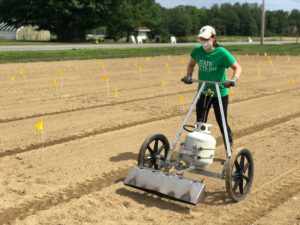 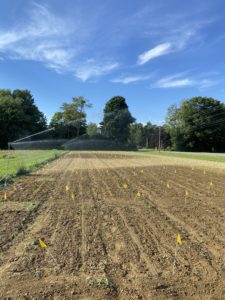 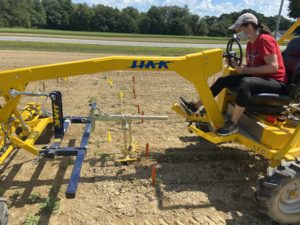 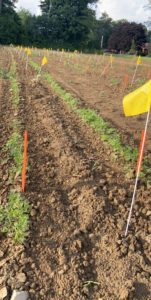 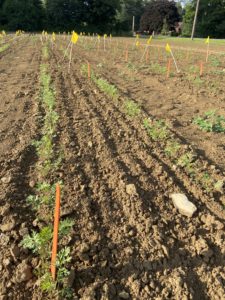 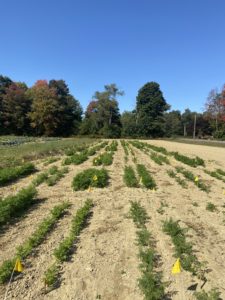 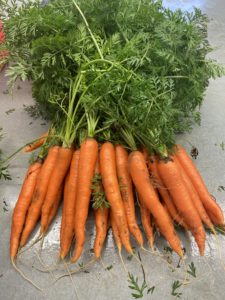 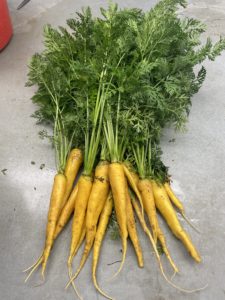 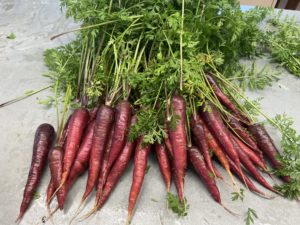 Data collection began for this project in July 2020. During the duration of the experiment and data collection, my knowledge about carrot production and my skills in their production drastically changed. It is one thing to read literature and talk to farmers about their experience growing carrots, it is another thing to be the one in charge of every aspect of the production. I was in charge of everything from purchasing seed, to bed prep, planting, weeding, irrigating, and harvesting. I now have a much greater appreciation for the work that goes into growing carrots, and this further reinforces why the need for this research is so important for organic farmers.